The history of different hairstyles spans multiple cultures through thousands of years. A hairstyle isn’t just a fashion statement—it’s also a part of who you are and where you come from.

Knowing the differences between locs and dreadlocks isn’t just about what they look like; it’s also about their meaning and culture of origin. Some people think “dreads” are simply matted hair that was left to grow out with little care, but in fact, dreadlocks often hold spiritual meaning for the wearer. Let’s look and see what locs and dreadlocks are from a physical and historical standpoint.

Locs are an African hairstyle that consists of hair strands that have been coiled, braided, twisted, or palm-rolled to create a rope-like appearance. Locs stem as far back in history as ancient Greece; people of various cultures and religions, such as the Hindus and ancient Israelites, have worn locs.

This hairstyle is easier to create on Nubian or African hair than on straight Caucasian hair. It prevents the strands from losing moisture and can last for a very long time.

Dreadlocks have an extensive history in many cultures. American culture has misinterpreted and appropriated the term “dread” as meaning “dreadful,” but those who wear dreadlocks in other cultures are traditionally seen as warriors.

When enslaved people were transported overseas from Africa, they were unable to properly care for their hair. As a result, natural locs came to be. People also began to wear dreadlocks in the Jamaican Rastafarian tradition beginning in the 1930s. Western culture eventually influenced these practices, and people of African or Nubian descent adopted dreadlocks as their own.

Dreadlocks and locs don’t have to be for only natural hair. At Instant Arewa Hair, we offer locs wigs as well as knotless box-braid wigs for sale. We strive to offer the highest-quality wigs for any occasion. If you have any questions, don’t hesitate to contact us today.

This is the most realistic, beautiful, braided wig i have purchased. Package very nicely this is an investment that i am happy with. 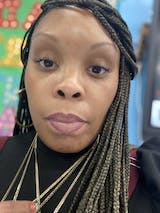 First I must comment on the professionalism of this company. They kept me updated on the progress of the construction of the wig. And it is beautifully handcrafted!! The first thing my daughter said when she saw it was it looks like it is growing out of your scalp!! 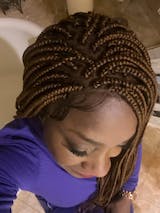 It’s a really beautiful wig. It is extremely heavy. I could not wear it all day because it was so heavy that it was making my neck hurt

Thank you so much for your business and feedback.

Regarding the weight, we published the weight info in the product description and also added commentary about why the wig had been marked down. To reduce the weight of the wig, you can explore the option of having a professional remove a few of the locs.

Good News!! We recently made some enhancements to reduce the weight of this style.

First shipping was faster than I expected it.
I am very happy with my wig, I received so many complement and people asked me for information to buy it for themselves.
I will definitely buy more in the future. 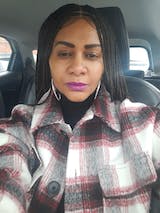