When African people arrived in unfamiliar lands after being taken from their homes, their traditional garb, practices, and rituals of their ethnic groups were stripped away. This theft of customs from one continent evolved into new cultural traditions on the new continent. Hair braiding has a long history of adaptation and innovation in Black America.

It’s pertinent that people understand that cornrows and other braiding styles are not just a popular fad but are deeply rooted in the history and culture of the Black community. A Black woman’s hair is considered a crown on her head and needs to be understood not only through its historical roots but through its impact on women in the African diaspora today. Read this cultural history of Black hair braiding to learn more about the rich history of this hair technique.

A clay sculpture from the ancient Nok civilization of Nigeria circa 500 BC depicts a figure adorned with cornrows. Even older evidence of hair braiding goes back 30,000 years to the Venus of Willendorf, a female figurine estimated to be between 28,000 and 30,000 years old. By the Bronze and Iron Age (1200-500 BC), many people in Asia Minor, the Caucuses, the Eastern Mediterranean, North Africa, and the Near East were depicted in art with braided hair or beards. Braids in some regions were a means of communication and social stratification.

Various tribes in Africa had unique braiding styles that they used to set themselves apart from one another. From warriors and kings in Ethiopia to young women coming of age in West Africa, braided styles were significant to where you came from and what your role in society was or would be.

In the early 15th century, hair functioned as a carrier of messages in most West African societies. The citizens of these societies, including the Wolof, Mandingo, Mende, and Yoruba, made up the bulk of people who filled the slave ships that made the “Middle Passage.”

Ever since African civilizations bloomed, hairstyles have been used to indicate age, religion, marital status, ethnic identity, religion, and rank within a community. In some cultures, a person’s surname could be determined by the patterns in their hair because each family had its own unique hairstyle.

One of the first things done to enslaved people after capture was to shave their heads. Some believe that the slave traders did this for what they considered sanitary purposes, but the end effect was far more sinister. Shaving of the head was the first step taken by European captors to erase these individuals’ culture and separate them from their community.

To dehumanize enslaved persons and separate them from their traditions, laws were set in place in the states that stripped these individuals of their cultural practices. The Tignon Laws in Louisiana were created to ban traditional dress and hairstyles, and the covering of the hair with a tignon or headscarf was implemented to conceal their hair and let it be known that they were enslaved.

But in the era of slavery, braiding also shifted from intricate designs to practical plaits due to a lack of time and proper tools. The term “cornrows” was introduced during this time, as the hairstyle looked like rows of corn in a field. Cornrows were also a sign of resistance. Enslaved individuals hid signals and maps in their hair in plain sight of slaveholders.

Following the abolition of slavery and the beginning of segregation in America, Black individuals were told that the only way they could be recognized, respected, and treated differently from their African ancestors was to assimilate into Euro-centric society standards of cultural beauty. As a result, many Black people began to conform to Western culture to gain employment, be seen as socially “acceptable,” and have any chance of being treated as equals. Many people even straightened their hair using solutions with harsh and damaging chemicals.

In the 60s and 70s, America experienced its first natural hair movement when members of the Black Power Movement and Civil Rights Movement began to sport afros and cornrows in rejection of Euro-centric beauty standards. African hair is a political statement and a symbol of Black pride, so to refer to it as “just a haircut” is deeply insulting.

For years, African hairstyles were condemned, criticized, and only appreciated when the styles were adopted by white women. Often, white women were showered with praise for donning these styles, being called trailblazing, trendy, or funky. Meanwhile, their Black counterparts were harshly criticized for wearing a similar hairstyle. All ethnic minorities have endured their traditional and cultural clothes, accessories, and hairstyles being attacked, mocked, or appropriated in the West.

Cicely Tyson was known as a pioneer for rocking the first cornrows on television in 1962. Slowly but surely, Black people in America began to embrace their roots, and braids were no longer seen as “unsophisticated.” The 90s and 2000s brought us braided styles that were celebrated in mainstream media, from Janet Jackson to Queen Latifah to Brandy in Moesha.

Wigs have long been used to address employment, as there were once specific hair requirements when a Black woman wanted to integrate at her job. She had to comply with a style that was not designed with her natural hair in mind. In the 50s and 60s, Black doo-wop groups also wore elaborately styled wigs. These wigs were created to portray uniformity but were styled with individual expression despite the conformity.

There are many reasons to wear a wig, and one of the most major is hair loss. But the vast majority of wigs that Black women purchase do not replicate their natural hair pattern. While wigs used to be quite basic, consisting only of human hair, modern wigs are now available in a variety of different styles for Black women.

For example, you can buy a beautiful, braided cornrow lace front wig from Instant Arẹ̀wà Hair that will make you the envy of all your friends. No longer are Black women held back by the limitations of their own hair; modern-day women can choose from a wide variety of wigs that speak volumes about you and your hair.

We hope that reading this cultural history of Black hair braiding has enlightened you about the realities behind African hair and the origins of African hair styling. Contact Instant Arẹ̀wà Hair today to see their complete line of wigs. Maybe you’ll find one that suits you!

I like the Headband wig I think it looks cute on me. I will probably purchase another hairpiece.

The bonnet came as described in my favorite color with an amazing design. I love the material in and out. I have not worn the bonnet yet but I know it will protect my hair and hairstyle.

Thank you so much for your purchase and feedback. We are thrilled to hear you love your bonnet. Our biggest Black Friday deals begin tomorrow. Check our site for details.

Very nice unit. Worth the wait..

Need I say more! Your custom made Braid styles just speak for themselves. I love your work. This makes my 4th or 5th time getting custom made braids from Instant Arewa Hair and it won’t be my last. I never want to put Extensions on my own hair ever again. 😊

Thank you for always answering my questions following through and for your wonderful attention to detail. 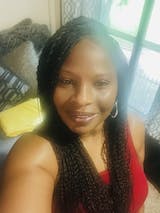 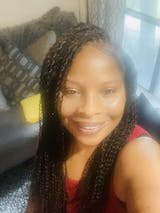 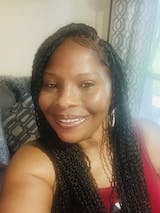 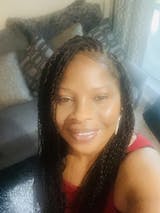 Thank you again for your kind words!
Deborah

I love it and will be buying another one

Thank you so much for your purchase. We are grateful for your feedback. We are thrilled to hear you love your unit.

We would appreciate it if you could send us one or two beautiful pictures and/or a video of you rocking the wig, which we can attach to your review.

Our clearance sale on ready to ship wigs ends soon: https://www.instantarewahair.com/collections/ready-to-ship
Enjoy $50 off with the code: CLEARANCE50